Another Strong Review for Diamond-T! 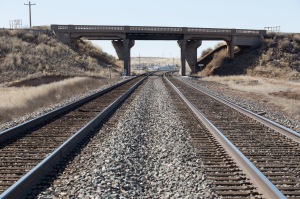 “I love a good read and this was definitely one of them, especially being from Arizona, it truly did make me want those places to exist so I could find them.” — Sally V on Amazon

Just the latest great review for Eye of the Diamond-T:

“The story of Nick Pente takes you on a thrill ride like you’ve never been on before. You don’t know what’s going to happen next. You find yourself rooting for this character as he navigates life on the road, and then again as life takes a huge turn in another direction. Mysterious and intriguing, this book will leave you thinking it over long after you’ve finished.”

Want a chance to win a free signed copy this month? Enter my contest on Goodreads HERE!

Another great review on Amazon — this one focusing on love aspect of the story — and just in time for Valentine’s Day!

A good friend of mine and told me about the Diamond T- which I just finished reading and have to say this was a great book and has stayed with me as I reflect on how much I loved living in Arizona and New Mexico, but even more important is the transformational quality of love in your story. I have been so mired in the painful part of what love brings when it is lost, it was such a pleasure to be reminded of the spiritual journey. . . .

Read this review (and others) at Amazon: LINK

Here — have a big red truck:

Another astounding review for Eye of the Diamond-T:

From the very beginning, I was immediately drawn into Bill LaBrie’s excellent debut novel, Eye of the Diamond-T. It wasn’t just the frenetic narrative style, nor the immersive, highly believable descriptions of life as a long-haul trucker in the 1950s Southwest, complete with the colorful dialogue of the lifestyle, from the truckers’ cant to the long-in-the-tooth-flirt drawl of the truck-stop waitresses. (And) it wasn’t the author’s clear love affair with words, which calls to mind John Updike’s assessment of Vladimir Nabokov as being a writer who “…writes prose the only way it should be written, that is, ecstatically.”

It presents a wild story combining Greek, Hopi and Biblical mythology, mashes things up further with a narrative that leaps back and forth in time and, it seems, into different metaphorical realities, and yet the character of Nick is still so recognizably, agonizingly relatable. In many ways, the entire novel comes down to Nick’s struggle to forgive, and how he comes to that point is an incredible ride.

Read more of this great review at Goodreads HERE

Check out Eye of the Diamond-T HERE

“I really loved reading this book. The character weaves in and out of time, and LaBrie is able to paint such vivid pictures with his writing, capturing drastically different settings of the first half of the 20th century in rich detail.

The book flows easily and yet it’s also rich with layers of meaning. It’s suspenseful, action-filled, witty, and deeply psychological, so I think anyone would really enjoy reading it and get a lot out if it. Plus, the protagonist is really relatable, even for me as a female. Even after finishing, I still find myself thinking about him and his journey. I’m going to buy several copies of the book for people for the holidays because I’m so eager to talk about it. There’s so much to take away. 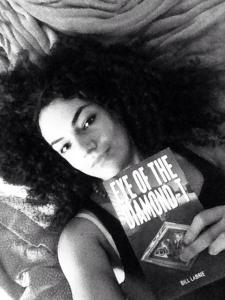 Some great reviews for Diamond-T on Amazon now.

I was sure it would have something in it for everyone: Something to love, something to hate. It’s anything but “default lit.”

The book begins with a seemingly straightforward, harrowing action scene. A tractor trailer dangles precariously over an icy bridge overlooking railroad tracks. A train approaches, and the disoriented, injured driver wonders if his violent demise approaches with it. But to give a simple plot synopsis does this book a disservice. A much broader story is being told than is contained within the events on the page.

As the story progresses (often by digressing, in unexpected but satisfying ways), the driver, Nick Pente, is revealed to be more than just another faceless pop-fiction hero. Both relatable and mysterious, it is exceedingly easy to root for him as he slowly discovers the degree to which his life is (or isn’t?) under his own control. Troubling but telling memories of his past are interwoven with his current predicament, forming a narrative that both engages and intrigues. Nick Pente is a protagonist that maintains familiarity without risking the reader losing sight of what he represents. However he is well-crafted enough as a character, that “what he represents” will differ from reader to reader.

One indicator that an author knows his craft, and has a firm grasp on the story he’s trying to tell, is the degree to which the seemingly unimportant details end up speaking to a larger theme. Bill LaBrie’s writing allows almost all of these details to become full-fledged symbolic elements in the mind of a thoughtful reader. Beyond the evocative and very satisfying narrative lies a thick layer of broader meaning that qualifies “Eye of the Diamond-T” as top-notch fiction. It is a Hero’s Journey story that balances ample entertainment with a clear sense of mythological import.