Even though some will say it falls into the sci-fi genre, there’s almost no science in Eye of the Diamond-T. 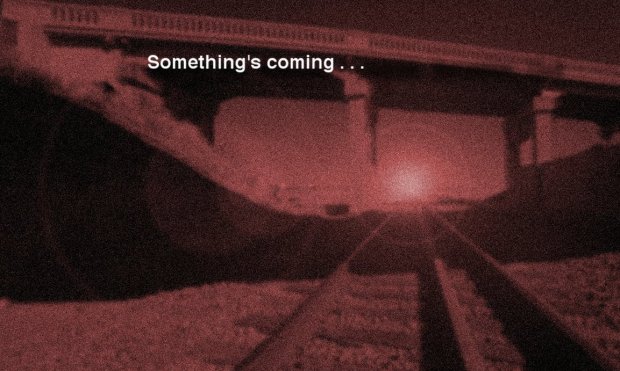 And it figures: I am no scientist. My exposure to the sciences has been limited to a some college-level survey courses and a whole lot of philosophy. Oh, and just some natural curiosity, of course. Philosophy isn’t science, but science is a variety of philosophy. Did you know that? Some might disagree, but they are wrong.

Anyway, it occurred to me at some point not too long ago — while just walking around and thinking about things — that fear can thought of as a substance more-or-less like a drug. As with many drugs, one builds a tolerance to it.

This can be seen in victims of shellshock, more recently known as PTSD. All those events demanding they defensively lash out or run away were smothered in victims for so long until further stimulus had no effect. Partner get blown up by a mortar round on the battlefield? Cover yourself and grab his rounds and dogtag. Move on. Don’t think. Don’t mourn. Just move. Do your job.

Thing is, this tolerance-building to fear isn’t just isolated to wartime or other extremes of human existence. Many of us are living in a constant low-level crisis of some kind or another. It might be due to money, or relationships, or personal issues we haven’t confronted. And all the while, if we don’t honestly deal with whatever is bothering us, the tolerance to the fear just builds and builds. It keeps building until fear itself has no further effect.

And then — as they say — shit gets real.

Fear is a good thing. Fear is helpful. It’s there for a reason. It keeps us away from things that can kill us or impede our lives in some way. But to do what we need to do in life, we’re called upon to transcend fear all the time. We do this through rational introspection; through the conscious application of courage. But when we just ignore the fear, we find we aren’t really transcending the fear — or maybe we are transcending it in the wrong way: by just floating on a cloud . . . of fear. So when fear no longer works on us  — as it can’t while we are floating on top of it — we tend to get irrational.

A lot of my little introspections on fear went into Diamond-T. Nick Pente never allows himself to confront his fears through life, and this dismissal of fear nearly tears him apart. In adolescence, as a young infantryman, as a wandering sometimes-student after the war, and even after his apparent cure by the mysterious Doctor Kultra, he’s still floating on a fear-cloud. His tolerance so sky-high that even driving a truck with 150 gallons of gasoline directly under the cab at speeds of over 100 MPH along two-lane roads doesn’t even cause his brows to flex. The trailer behind him might be carrying a nuclear bomb. It doesn’t occur to him to ask what’s inside. No time to think. Just do the job.

But there’s a price to be paid for all of this — in my book, just as in real life.

The point of this post: I ran across this article about the chemical component of fear in the brain. It’s still a rich field for research, but the study suggests that perhaps a certain chemical — or the lack of it — can cause fear to stop doing its necessary job in us. I would ask the researcher if it’s possible that “brain-derived neurotrophic factor” or its function could be affected by a stressful environment — say, a battlefield.

I hope you’ll enjoy Eye of the Diamond-T. There’s a lot more to it than just an exploding truck, though nothing to fear, really. . .